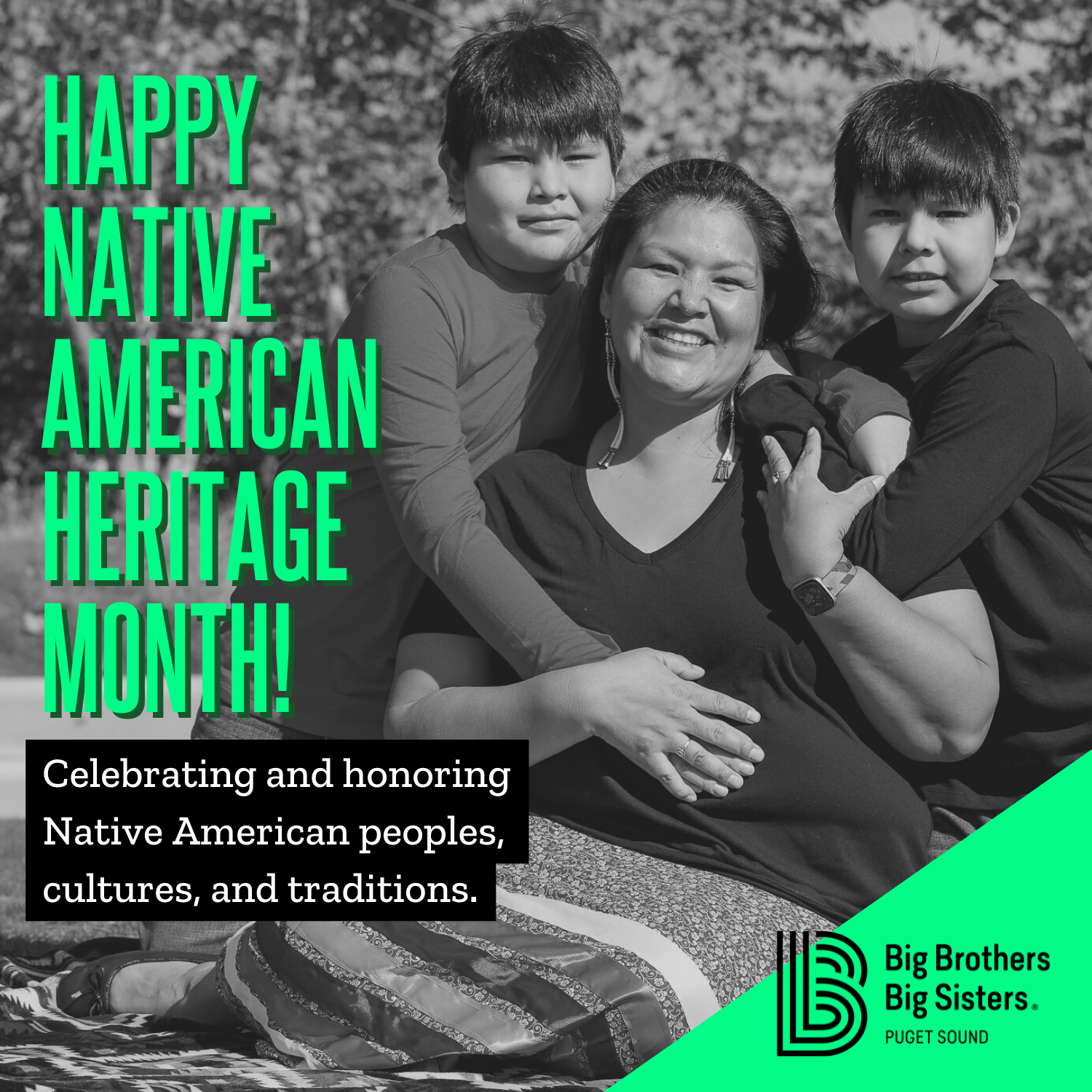 Posted by Jennifer Haberman in Blog on November 1, 2022

This month we are celebrating Native American Heritage Month – a time to recognize and learn about the rich cultural heritage and contributions of all Indigenous & Native American people, and particularly to honor the Coast Salish peoples on whose land we sit. Big Brothers Big Sisters of Puget Sound recognizes that we stand on land that was taken from Native peoples who lived here for countless generations. We are honored to live and operate in cities which are on the traditional and unceded lands of the Coast Salish people.

The Coast Salish peoples are many, and their tribal names can be recognized also as today’s city names in many places in our beautiful state. Puyallup, Nisqually, Snoqualmie, Snohomish – these are but a few of the tribal city names you hear regularly. In fact, Seattle’s roots are that of its namesake: Chief Si’ahl, anglicized as “Seattle”, of the Suquamish and Duwamish people.

While the past cannot be undone, our organization and the entire Puget Sound community can contribute to the recognition and celebration of Native American peoples not just in the month of November, but throughout the year.

Actions that everyone in our community can take to celebrate and educate ourselves this month are:

To the Native American people on our staff and in our community – we honor you and are honored by your presence on our team and in our community. We recognize and support the ongoing fight to protect Native lands and peoples. Big Brothers Big Sisters of Puget Sound is with you.