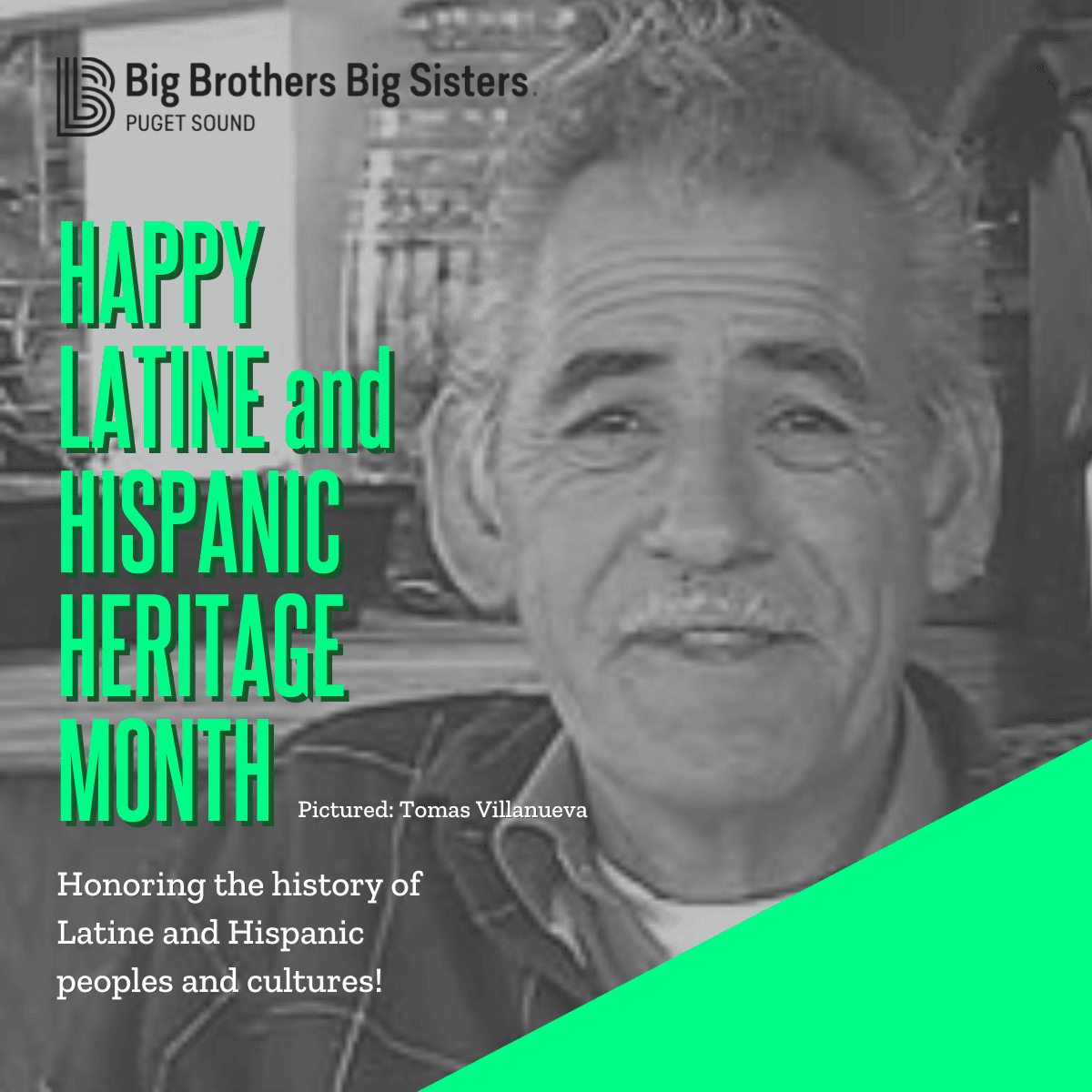 While you may be familiar with the term Hispanic and/or Latinx, the term Latine may be new to you.  You’ve likely seen different versions of “Latine” before – like Latino, Latina, Latin@, and Latinx. How the community self-identifies has changed over time and staff in our organization feel the most current self-identification that should be used is Latine. That’s because Latine is the most gender-neutral term and we hold inclusion as a central value. People in our circles have also shared that they identify with the word Hispanic, so we are using both terms to be as inclusive as possible.

About 1 in 10 of our region’s residents identify as Latine/Hispanic, representing a wide range of cultures, ethnicities, and nationalities.  Our organization is committed to recognizing and valuing the diversity within the Latine/Hispanic communities in the Puget Sound, as well as recognizing the vital role of Latine & Hispanic people in our state, communities, and organization.

You’ve probably heard of the Strait of Juan de Fuca, the San Juan Islands, and Rosario Strait – these are the legacies of Spanish & Mexican exploration. In 1775 Spanish captain Juan Perez led the ship Santiago from the port city of San Blas, Nayarit, Mexico, to the coast of the future Washington state. Expeditions from “New Spain” (present-day Mexico) were composed mostly of Mexican people and not Spaniards as one might think.

More recently, in the 1960’s and 70’s the Mexican American Civil Rights Movement/Chicano Movement launched political actions throughout Washington state. Chicano farm workers launched strikes in the Yakima Valley led by Tomas Villanueva, Chicano students in Seattle established a presence at the University of Washington and formed UMAS which would later become MEChA.  In 1972 – at the height of the region’s worst recession since the 1930’s, about 70 Latine students and 10 staff, took over the abandoned Beacon Hill School and founded El Centro de la Raza – which is now known as a beloved community and gathering space for people of all races.

At roughly 12.9% of Washington state’s population, the impact and influence of the Latine community in our region is stronger than ever. Big Brothers Big Sisters of Puget Sound is proud to recognize and honor the significant contributions of Latine & Hispanic peoples in our community and our organization.  We also seek to ensure that our organization is a welcoming and belonging community for our Latine Littles and Bigs. To all of our community members of Latine & Hispanic heritage – thank you for being part of the Big Brothers Big Sisters family!

Celebrations of Latine & Hispanic Heritage and learning opportunities are taking place throughout our state during this month.  Two major celebrations in our community are the Fiestas Patrias in Seattle and the Festival Latinx in Tacoma.

Take a dance break and learn some new moves, all while connecting with your local Hispanic and Latinx communities. Register Today

Join the Y community and a diverse panel in a meaningful lunch and learn as they assess how labels define and divide us. Together, we can explore how to disrupt the systems and policies which ignore and harm the diversity of the Hispanic and Latinx communities—and how we can reclaim and redefine labels. Register Today

Please find below some local organizations that focus on serving Latine & Hispanic peoples:

Casa Latina – Casa Latina is a nonprofit organization that advances the power and well-being of Latino immigrants through employment, education, and community organizing. https://casa-latina.org/

El Centro de la Raza – As an organization grounded in the Latino community of Washington State, it is the mission of El Centro de la Raza (The Center for People of All Races) to build the Beloved Community through unifying all racial and economic sectors; to organize, empower, and defend the basic human rights of our most vulnerable and marginalized populations; and to bring critical consciousness, justice, dignity, and equity to all the peoples of the world. El Centro also has a community resource list that is updated regularly, which can be found at https://www.elcentrodelaraza.org/get-help/resources/ https://www.elcentrodelaraza.org/

Entre Hermanos – Entre Hermanos came into being by the initiative of a group of gay, lesbian, bisexual, and transgender Latinos/as that saw the need for social, educational, and health support services in their community in the spring of 1991. https://entrehermanos.org/